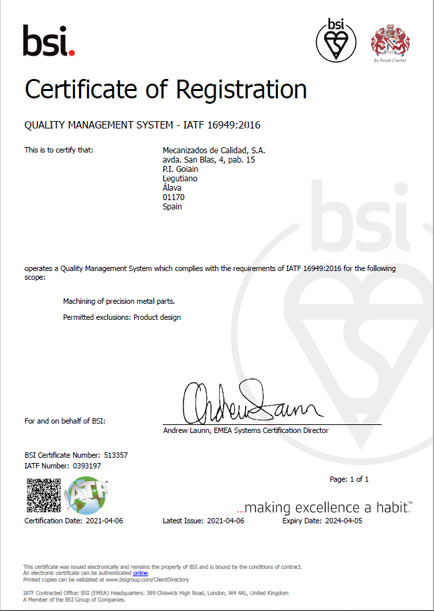 Since the percentage of products for the automotive industry exceeded 95% of total production at a certain point, MECALSA decided to adapt its quality system in mid-2001 to the automotive standard ISO/TS 16949.